Kevin effectively returned “back home” to The Staubach Company and Jones Lang Wootton, when he rejoined JLL (e.g. JLL is comprised of The Staubach Co. and Jones Lang Wootton along with LaSalle Partners and others). He was at the combined JLL company for more than thirteen (13) years in total. At JLL, Kevin specifically helped larger corporations and partnerships figure out and implement the best way to finance and locate their office headquarters. Kevin’s legal industry focus caused him to be invited to sit on JLL’s global law firm practice group executive committee. 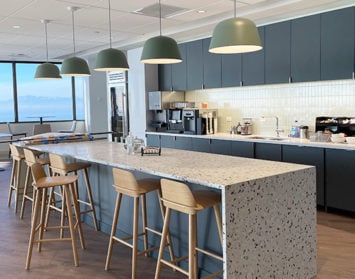