After receiving 238 proposals from 54 states, provinces, districts and territories across North America for Amazon’s second headquarters, appropriately named “HQ2,” Amazon’s search continues to dominate the commercial real estate news feeds. However, while their search continues, Seattle’s office market remains one of the tightest and most competitive in the country. At the close of the third quarter, vacancy in Seattle was just 7.3% decreasing from the previous quarter. Rental rates have continued climbing and we expect further increases throughout the 4th quarter and into 2018. By the end of the third quarter, Class A average rates in Downtown Seattle were $43.04 and Class B rates were at $36.38. Rental rates have grown by 5.6% over the past 12 months and more than 3.1 million square feet of office space has been absorbed by Seattle tenants, making 2017 the strongest commercial real estate market Seattle has ever experienced.

It’s difficult to talk about Seattle without addressing the “Amazon effect” and the impact their growth has had on the Seattle market. While one’s commute to and from work likely hasn’t improved, it’s important to recognize the impact Amazon has had on our region. According to Amazon, since 2010, their investments in Seattle have resulted in an additional $38 billion to Seattle’s economy. They now occupy 33 buildings totaling 8.1 million square feet and employ more than 40,000 people in Washington. To put that in comparison to other major employers in Seattle, like Safeco Insurance and F5 Networks, Amazon now occupies as much space as the next 43 biggest Seattle employers. Amazon is not finished growing in Seattle either, it’s expected that they will occupy an additional 4 million square feet in the next few years to accommodate their anticipated 70,000 employees. Compensation for their 40,000 employees tops $25.7 billion, and in 2016 alone Amazonians and their guests were responsible for 233,000 hotel nights.

The benefit of having Amazon in Seattle is tremendous, but they are not the only technology company growing in Seattle. In fact, many notable technology companies continue to open operations in Seattle in search of talented employees. Companies such as Apple, Dropbox, Uber, Oracle, Airbnb, Snapchat, Google, Indeed and Facebook now occupy substantial amounts of office space in Seattle, where both real estate and labor costs are less expensive than San Francisco, where many of these companies are headquartered. The reduced cost of talent and real estate in Seattle places those companies with a presence here at a competitive advantage.

Amazon aside, Seattle market fundamentals are still very strong. Office space vacancy has steadily declined since 2010 and remains one of the lowest across America. Seattle area tenants have absorbed 1.6 million square feet of office space in the third quarter and more than 3 million square feet since a year ago. Most notably this year, large leases such as F5 Networks’ 515,000 SF lease at F5 Tower, Oracle’s 176,000 SF lease at Russell Investments Center and Amazon’s 290,673 SF lease at Tilt49, 722,000 SF lease at Rainier Tower and 475,000 SF lease at Seattle’s Macy’s Building are further signs that technology companies are continuing to invest heavily in enhancing their Seattle presence. More than 100 technology companies headquartered outside Washington State have now established offices in the Seattle area taking advantage of the human capital that now is the foundation for our employment market. The aforementioned growth along with technology giants like Amazon, Google, Microsoft and Facebook have established Seattle as one of the biggest tech office markets in America. 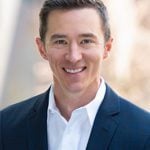