In looking back at the San Diego 2019 commercial real estate market, at the high level, things weren’t that exciting. In fact, the market at the macro level was stuck in equilibrium. The end-of-year countywide total space availability was essentially unchanged from the beginning of the year. Also, total sublease availability was virtually unchanged at 3,600,000 square feet comparing the beginning of the year with year-end. But as with all statistical analysis, the devil is in the details, and there were definitely winners and losers in 2019.

The greatest recovery, probably in the history of any office submarket in San Diego County, is UTC. Starting off the year with availability at 11.2%, availability was literally cut down to almost half, ending the year at 6.8%. The average time on market in UTC was also cut from 15 months to 6 months by year-end—the most severe drop I remember in my 30-year career. There are extreme supply shortages of available space in UTC above 10,000 square feet, to the extent that tenants over 40,000 square feet are actually getting pushed out of the market. Apple, which in the last two years has leased 500,000 square feet, took another 44,000 square feet of office space on Towne Centre Drive the last week of December. Hughes Marino client Platform Science, one of the hottest software companies in town, also signed a lease commitment for 48,000 square feet on Towne Centre Drive over the holiday break. The market has become so tight for large blocks of space over 20,000 square feet, that large tenants with leases that expire in 2021 are already in the market or have already entered into major leases, like Hughes Marino client StepStone’s expansion into 40,000 square feet on the top three floors of 4225 Executive Square, to be occupied second quarter of next year.

The other exciting story over the last year has been the explosive demand and growth of the biotech industry. Multiple large life science companies signed lease commitments over 50,000 square feet, creating a supply shortage of existing lab space in both smaller spaces and large ones. The local life science real estate community has dozens of lab suites under construction and being built out to accommodate this anticipated continued demand. While across size ranges there are not good lab spaces currently built out, seven buildings in Sorrento Mesa have been purchased by developers like Biomed Realty and Alexandria Realty for conversion from office into wet lab space, in addition to Alexandria buying the San Diego Tech Center to convert much of that space into wet lab and also do biotech build suits. While 2019 was a tight market for lab availability, the forecast is that the market will open up in 2020 as every biotech landlord builds out speculative lab suites ranging from 7,000 to 20,000 square feet, with over a dozen new options coming to market this year. Let’s hope for their sake the capital markets continue to fund scientific discovery in the biotech industry so that the demand holds, otherwise there will be a severe imbalance of excess supply to demand this year. Most notable is the compression of rental rates between the biotech submarkets. Torrey Pines has historically been a premium market to UTC, and much more desirable than Sorrento Mesa because of its proximity to UCSD and the not-for-profit research institutes. While Torrey Pines wet lab asking rents now range from $4.75 to $5.50 NNN, UTC has become $4.50 and Sorrento Mesa has clipped up into the low $4.00 range. All of a sudden, Torrey Pines doesn’t look that expensive relatively!

Carlsbad is finally showing improvement with the availability rate falling below 20% for the first time in years, ending 2019 at 17.6%. Notwithstanding, rental rates in Carlsbad are still some of the cheapest in the region and it’s one of the few markets in the county where we still see significant amounts of free rent provided on new office leases.

There are some offsetting negatives in a few of the submarkets that cause the region to look like it’s not healthy at all. Downtown is approaching some of the highest availability rates that we’ve seen in nearly 30 years, with an availability rate of 32%, and potentially as high as 38% if a few key subleases hit the market this year and with the Campus at Horton Plaza delivering next year. There are half a dozen full buildings that are or will be completely vacant—and smart landlords are already in triage mode to stabilize occupancy going into the next few years as the market is flooded with even more availability. For more of the scoop on Downtown, click here.

The commercial real estate market is soft and wide open for smaller tenants in the region. For example, if you are a company looking for 3,000 to 5,000 square feet of office space in San Diego County, you have 46 options in Del Mar Heights, 46 options in Sorrento Mesa/Valley, 29 in UTC, 39 in Mission Valley, 77 in Carlsbad and 91 in Downtown. Landlord brokers can talk about rising rents all they want, but with the supply glut in the small to medium size range of 10,000 square feet and below, landlords just aren’t going to get any pricing power in 2020, except maybe on large blocks of space and in a few premium properties.

Sorrento Mesa office space still continues to be the softest in the central county area with availability rates just above 20%, ending the year slightly higher than it began. Fully 5.23% of the total availability of office space in Sorrento is sublease space. To put that in perspective, every other submarket’s sublease percentage in the region is between 1.5% and 3.5%. Qualcomm still remains the biggest factor in this regard with several large subleases on the market. Mergers and acquisitions have also caused space to come on the market for sublease over 20,000 square feet including companies like Tritech Software, Certona and Verimatrix. While Hughes Marino client Fairfield Residential just signed a lease for 60,000 square feet to move to Sorrento Towers, it is vacating an equal amount of square footage with the relocation. However, the building being left behind is one of those slated to be converted to biotech wet lab space, which could be the only saving grace of the Sorrento Mesa region as these conversions happen over the next 24 months.

For the most part, reporting on the rest of the region is a yawn. Most submarkets ended the year at roughly the same percentage availability as they started the year. While there is a flight to quality and a lot of drum beating by the landlord-promoting brokerage community about rising rents and a tightening market, the facts just aren’t there to support that, and we don’t see consequential changes coming in 2020 either. We are expecting 2020 to be gradually improving, but generally another sleeper of a year overall. 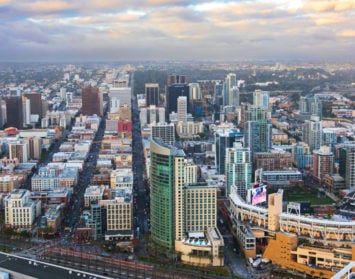 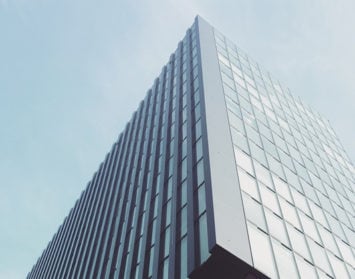