Decision has potential to affect residential and commercial real estate transactions in California – and possibly, across the U.S.

A case scheduled to come before the California Supreme Court Sept. 7 is set to re-examine the fiduciary responsibilities borne by real estate brokers who engage in “dual agency” representation — the situation in which buyers, sellers, landlords and tenants are represented by brokers within the same real estate agency or brokerage, a commonplace practice in both residential and commercial property transactions.

After the sale closed, Horiike discovered that the size of the house was 11,000 square feet rather than the 15,000 square feet claimed in marketing materials. Horiike sued the listing agent and Coldwell Banker, claiming that both had breached their fiduciary responsibility by failing to advise him to hire a third party to verify the actual square footage.

Although the initial dispute was over the purported square footage of a house, the case has turned on the larger issue of dual agency.

Coldwell Banker initially won the case in a jury trial in 2012, but Horiike was successful in an appeal after a state appellate court judge agreed that the Coldwell Banker sales agent and listing broker had an equal fiduciary responsibility to the buyer.

The California Supreme Court granted Coldwell Banker’s petition to review the case, in which several entities representing both commercial and residential real estate agencies have filed supporting briefs. The case is scheduled for oral arguments on Sept. 7 in San Francisco and will be broadcast live online, according to a notice posted on the California Supreme Court website. The justices have up to 90 days after oral arguments to issue a decision.

One of the briefs was filed by Hughes Marino, a San Diego-based commercial tenant representation firm that spearheaded California legislation requiring CRE brokers to formally disclose their working relationships to clients in any property transaction. That new law went into effect Jan. 1, 2015.

Even though it involves a residential transaction, the Coldwell Banker case “absolutely” has ramifications for commercial property brokers and brokerages, building upon the state’s new dual agency disclosure law, Hughes Marino President and CEO Jason Hughes told CoStar this week.

“‘Agency’ is a murky condition in the real estate brokerage world,” Hughes said. “Our contention has been that tenants leasing corporate office space need more transparency, as far too often, landlords hold all the cards.”

Greines, Martin, Stein & Richland LLP, representing Coldwell Banker, counters that salespersons and their clients have long enjoyed the freedom to choose dual agency in transactions. Dual agency at the salesperson level has proven workable where the interests of the buyer and seller are well-aligned, the firm said in a court brief requesting a high court review of the appellate decision.

GMSR said the opinion inevitably will trigger an increase in litigation which will in turn cause an increase in insurance premiums. Or, large firms may avoid intra-firm transactions altogether, shutting off buyers and sellers off from huge portions of the market.

Large full-service brokerages have long maintained they have effective barriers within their business structures that prevent communications that could result in “double-ended” transactions and conflicts of interest between buyers, sellers, landlords and occupiers. CBRE, Inc., Cushman & Wakefield of California, Inc., NAIOP SoCal and Jones Lang LaSalle all joined Coldwell Banker in filing an amicus curiae brief asking the state Supreme Court to review the Horiike appellate decision.

But as with executives at other brokerages representing only commercial tenants, such as Cresa, Hughes disagrees strongly.

“We have seen (dual agency) constantly hurt companies with poor lease terms and economics, while not even knowing that ‘their agent’ is supervised by the managing broker of the office who gets all or a significant percentage of their income from the landlords that their agent is supposed to be strongly advocating against.”

R. Kevin Brown, attorney and president of Praedium Real Estate Services and a board member of the National Association of Exclusive Buyer Agents, draws a comparison between real estate and the legal business.

“If you’re an attorney under state bar rules, you can’t represent opposing clients in the same transaction,” Brown said. “The same level of fiduciary care should be required in a real estate transaction.”

Hughes said that at least a dozen states have contacted him about enacting legislation similar to the law he lobbied for in California, Senate Bill 1171. A state Supreme Court ruling upholding Horiike could work in tandem with the new state law to compel large brokerages to “truly delineate what defines ‘agency,” rather than side-stepping the issue,” Hughes said.

Under heavy lobbying from real estate interests, more than half of U.S. states have adopted legislation allowing brokerages and their agents to limit their liability and fiduciary duty by providing services outside the scope of common law agency through non-agency roles such as “intermediaries” or “transaction brokers.” The high court’s upholding of the Horiike reversal could restore some of that lost transparency, Hughes said.

“The truth is there is simply no way to represent two masters equally, especially when one of them has significant financial leverage with your company,” Hughes said. “Everyone wins with more transparency, except maybe some landlords and full-service legacy brokerage companies.”

“There is no reason to believe that the written disclosures will reduce the use of full service brokerage firms as some tenant-only agents have predicted,” Holmes wrote last year. “The benefits, perceived and real, of working with a full service firm will keep buyers, sellers, tenants and landlords using those firms.”

“Many of the agents at full service firms who provide both buyer/seller and tenant/landlord representation have deep market knowledge because their firms invest heavily in market research, trend analysis and industry reports,” according to Holmes.

This article originally appeared on CoStar.com. 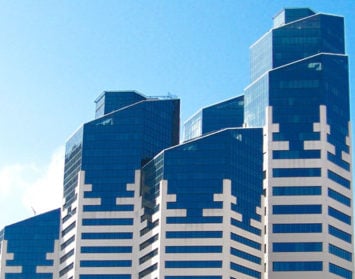 The Circle of Life in Downtown San Diego 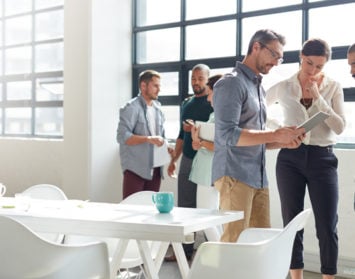 A Reflection of Our Core Values in the New Decade With Office Space in Short Supply, Some San Diego Landlords Get Greedy