Interestingly, the new office echoes the design concept of its Downtown San Diego office, which was built in 2011. “The Irvine office is both different from and similar to the San Diego office,” says Hughes. “The Orange County office is in a class-A high-rise building, one of the nicest—if not the nicest—office developments in Orange County in Jamboree Center. In San Diego, we purchased our own building, a freestanding historic building downtown. One is leased and the other purchased. They’re different, but we used a lot of the same design elements in both offices.” 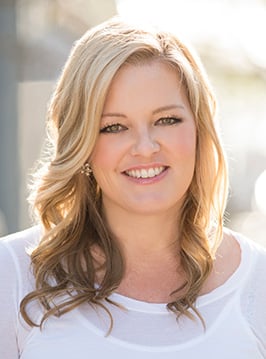 Hughes says it’s a “cool transformation how you can take one look in a historic building and transfer it to a contemporary, beautiful high-rise. It’s fun for me to see the difference from this to that. We have the same farm table, marble, chandeliers and conference-room

chairs. There’s a lot of exactly the same furnishings, but there’s a different look because of the type of building it’s in. We’re enjoying the space so much. We’ve gotten incredible feedback from guests and employees.”