For far too long in the world of commercial real estate, the customer has not come first. Deep-pocketed industry manipulation allows brokerage companies to represent both landlords and tenants in negotiations—an obvious conflict of interest. State legislation was recently passed, and a tenants’ rights group is being formed to address the problem. For now, though, those are small steps in the journey required to create a more balanced playing field.

The commercial real estate industry is made up of landlords and tenants. Landlords own buildings—and tenants rent space in them to operate businesses. Some tenants also own their buildings—which is called being an “owner/user.” But most companies rent space—for a dry cleaning business, a law firm, a biotechnology company, a warehouse distribution center or many other uses. Renting saves companies upfront capital that can be more efficiently utilized to grow the business—and help create flexibility for growth or contraction. But at the end of the day, it’s the company renting the space that is the customer. That company pays rent, which allows the landlord to pay the mortgage, property managers, lawyers, CPAs, real estate brokers—and to make a profit for itself. Without a tenant paying rent there would be no profit or revenue for the landlord to afford a building in the first place. It’s a simple concept. Somewhere many decades ago, however, the cognitive link to appropriate customer service never evolved.

Commercial brokerage was created 130 years ago to help landlords sell and lease properties, and years later tenant representation also became part of the industry. A practice known as dual agency describes a brokerage representing landlords and tenants at the same time—even though those interests are polar opposites. Conveniently, a little more than 100 years ago, the Building Owners and Managers Association (BOMA) was created to support these landlords and their professionals—including brokers. Even before BOMA, landlords had the advantage in real estate transactions—as commercial real estate was their business. Tenants, on the other hand, treated office space as a “need to have” to operate non-real estate companies. For tenants, leasing and purchasing office space was not their expertise. But rental dollars paid for the industry to flourish. BOMA exacerbated landlords’ already unfair advantage by aggregating its voice—similar to a union. They then had landlord vendors, like architects, manipulate findings for the benefit of the landlords that funded them. That’s why there have been numerous revisions in the last 20 years that magically have “grown” space sizes within existing buildings, every time, by being more creative in their square-foot measuring guidelines. The same space that was 10,000 square feet 25 years ago is now 12,500 square feet, or more. Artificially making space grow by 25 percent is not easy, but with enough money and clout, BOMA made it happen. Meanwhile, tenants—the ultimate customers—have been shortchanged.

Unfortunately, the vast majority of commercial real estate brokerage companies still primarily represent landlords. While most industries have evolved to become more customer centric, brokerage companies spend most of the time helping landlords, as that is where the big money is. Not only does Wall Street reward consistent earnings (like asset management fees, property management fees, financing fees, appraisal fees, and landlord leasing fees), but these large international landlords have millions of square feet of work to dole out around the world, creating recurring income streams in the tens of millions of dollars for these dual-agency brokerage companies. Meanwhile, tenants consistently get taken advantage of economically, legally, and flexibility-wise. They have no bargaining position to thwart BOMA. Thus, they have no voice and protector—except for tenant representation companies that exclusively represent tenants in lease and purchase transactions. These companies are specialists—not generalists—and have resolved to eliminate the industry-wide conflict of interest in representing landlords while also representing tenants.

The ugly truth is that the majority of the commercial real estate industry doesn’t want evolution. Landlords benefit when tenants aren’t properly represented—and dual-agency companies (CBRE, Cushman & Wakefield, JLL, Newmark, etc.) have no reason to shed light on the massive conflicts—as it would be biting the hand that feeds them. Dual-agency companies make double the commission when the tenant isn’t represented independently (another ugly truth when tenants think they might save money by not having a broker represent them). In fact, tenants inadvertently reward the landlord broker by doubling the commission while he or she works completely for the landlord’s benefit. If you are a tenant, the notion that bigger is better is ridiculously backward when it comes to real estate brokerage.

Not all is lost. I’ve made it my personal crusade over the past 25 years to change the industry. In 2014, I was responsible for getting California’s legislature and Gov. Jerry Brown to sign Senate Bill 1171 into law—dubbed the Dual Agency Disclosure Law. It went into effect January 2015, and was a baby step for transparency in commercial real estate brokerage disclosure. In early December 2016, California’s State Supreme Court upheld an Appellate Court ruling on Horiike v. Coldwell Banker stating that dual agents have an inherent conflict of interest—and went so far as to encourage Sacramento to modify the laws on dual agency in the state. Given the murky nature of dual agency, I am hopeful that our lawmakers will rule for fairness and transparency for the underrepresented side of real estate transactions and outlaw dual agency altogether. 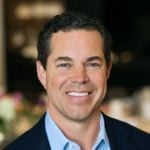